Ethereum is changing its blockchain to a more sustainable model, and the long-awaited 'merge' may change the crypto landscape for good

Speaking to MIT research scientist Lex Fridman in June 2021, ethereum co-founder Vitalik Buterin said that the "future of ethereum" was to become more "scalable and sustainable" by becoming a "proof-of-stake system". Like so many crypto-promises, 'the merge' was taking "longer" than expected. After years of delays, the most ambitious crypto-project attempted since the launch of bitcoin in 2009 will commence on Thursday.

In non-tech terms, the Ethereum Foundation explains: "Imagine ethereum is a spaceship that is not quite ready for an interstellar voyage. With the Beacon Chain, the community has built a new engine and hardened hull. After significant testing, it is almost time to hot-swap the new engine for the old mid-flight."

This means the ethereum PoW network now has a (roughly) fixed number of hashes left to mine.https://t.co/3um744WkxZ predicts the merge will happen around Sep 15, though the exact date depends on hashrate. pic.twitter.com/9YnloTWSi1

Ethereum is the second largest cryptocurrency by market capitalisation ($213bn) and the most used blockchain – a public ledger and shared database – in the crypto space. Launched in 2014 by Vitalik Buterin, Gavin Wood, Charles Hoskinson, Anthony Di Iorio and Joseph Lubin, ethereum's founding team has comprised of some of crypto's biggest names.

To put it simply, ethereum is trying to be the blockchain equivalent of Apple's app store. Just as the app store provides a platform for users to purchase and download games, news and fitness programs, Ethereum is trying to do the same in crypto. However, there are some key differences.

The ethereum ecosystem is built on blockchain technology and so Buterin and his fellow founders had to solve the issue of blockchain interoperability. As novel as blockchains are, each blockchain possesses its own infrastructure and set of protocols, making them not interoperable.

According to research from crypto wallet provider NGRAVE, bitcoin's blockchain accounts for 40% of the market's activity, with ethereum coming in second at 19%. This means that more than 40% of the crypto space runs on smaller isolated blockchains.

Realising that blockchains were fragmented, ethereum expanded upon the idea of 'smart contracts, which were first proposed by crypto-pioneer Nick Szabo in 1998. Smart contracts are self-executing contracts on which the terms and conditions between a buyer and a seller are written in code.

Smart contracts allow blockchain engineers to build NFTs and other decentralised finance (DeFi) applications. Not only did ethereum introduce operable smart contracts to crypto, but it also built protocols or standards called Ethereum Request for Comment (ERCs). ERC standards streamline and increase the ease of use for and between ethereum-linked projects.

By making blockchain more interoperable through smart contracts and ERCs, the ethereum blockchain has become the most compatible blockchain in crypto. So, just like the apple store, blockchain projects can launch on ethereum's blockchain, creating an ecosystem consisting of hundreds of projects that are available to users.

Ethereum has its cryptocurrency, ETH, currently valued at $1720 and like bitcoin, it currently runs on a 'proof-of-work' (PoW) consensus mechanism – the oldest type of blockchain processing system in crypto. But before we dive into PoW, a quick overview of blockchain technology is needed.

Blockchains are comprised of multiple blocks that function as storage units for bits of information. For instance, a block could hold a patient's medical records, logistical records, voter ballots or records of transactions between counterparties. The more pieces of information that are recorded, the more blocks are needed and a blockchain is formed.

Each block also has its digital fingerprint known as a 'hash'. The hash of one block is a unique mathematical puzzle and only corresponds to the hash of the following block. This is a safety mechanism built into a blockchain so cybercriminals cannot tamper with the information contained by a block. 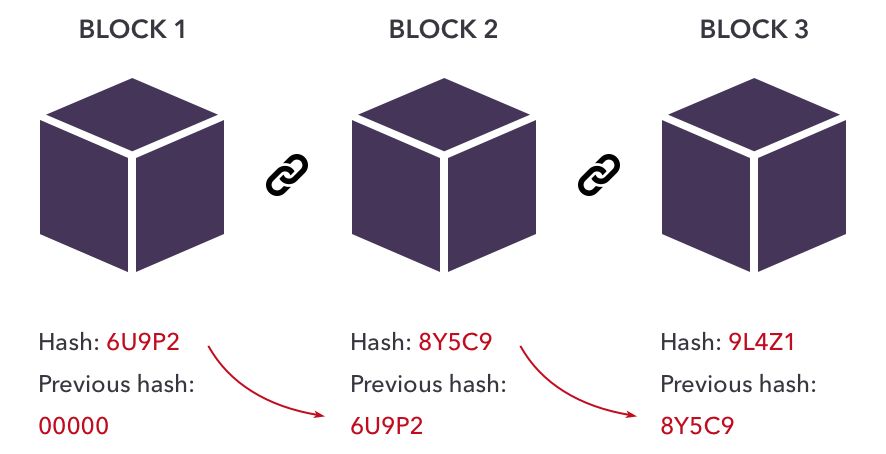 Under a PoW consensus mechanism, a decentralised network of computers tries to solve the mathematical puzzle to discover the hash of the following block and subsequently verify the information on the block. Once a computer solves a hash, other computers verify that the information has indeed been verified, driving consensus on the blockchain. The computer that solves the puzzle first gets a block reward – this process of solving for a block's hash is known as mining.

The issue with PoW is that it has become very electricity intensive. According to the European Central Bank, the energy consumption involved in crypto mining equates to the same energy expenditure as the years' energy consumption of countries like Spain, the Netherlands and Austria.

Researchers suggest that ethereum's carbon footprint alone is comparable to the entire energy use of Finland in a given year.

As Buterin told Fridman: "You have to just burn all of this electricity that is just running 24/7, so it consumes a huge amount of energy and hardware." 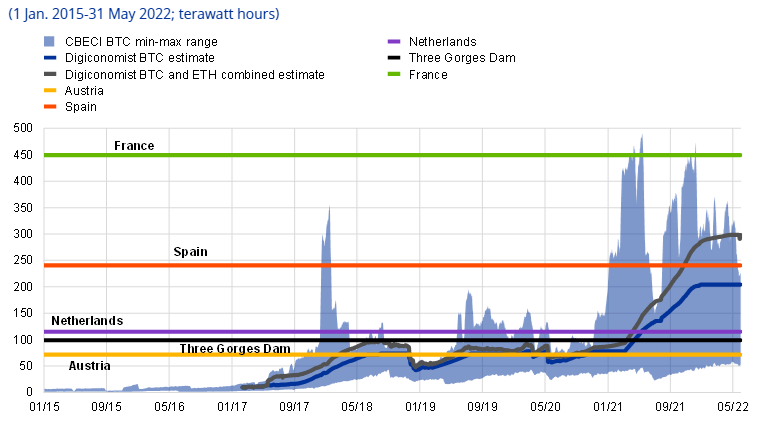 In a PoS system, the onus of verifying transactions and achieving consensus moves from computer processing power to individuals 'staking' or depositing their ETH. Staking refers to when a user agrees to lock up an amount of cryptocurrency in exchange to validate new blocks of information added to the Ethereum blockchain. Users who wish to stake on the Ethereum blockchain must deposit 32 ETH ($60,00) at minimum, which will be locked up for six to 12 months.

By staking their ETH, individuals pledge their funds to a smart contract and so gain access to a digital lottery. Each time a transaction occurs, a participant who has staked ETH is chosen at random to verify the transaction. Those who have staked more ETH earn proportionately more rewards. At present, over 14.3 million ETH have been staked across 425,181 validators who earn roughly 4.1% interest on their deposits.

According to the Ethereum Foundation, by transitioning to a PoS system, ethereum's blockchain will be faster, more scalable and 99 per cent more energy-efficient.

Despite the Merge signalling an environmentally-friendlier direction for ethereum, the transition from a PoW to a PoS has not been without criticism. Users unhappy with PoS argue that it creates inequality among validators since not many individuals hold $60,000 or more in ETH. This is a fair claim. Over the past decade, the crypto space has become an institutionally driven market, a far cry from the retail-driven market of old.

Much of the anger has come from PoW miners who would naturally be cut from the lucrative PoS system. So strong has their anger been that they have proposed undertaking a hard fork, which means Ethereum's blockchain would be split in two – one PoS and one PoW blockchain.

Prominent figures throughout the crypto space such as Tron founder Justin Sun – an ethereum competitor – and ethereum miner Chandler Guo have voiced their support of a PoW hard fork. Additionally, exchanges like Sam Bankman-Fried's FTX and Poloniex will list the Ethereum PoW tokens on their exchanges.

Buterin tells Fridman: "The next evolution of ethereum is proof-of-stake, I have liked proof of stable for many years."

This story was originally published on AltFi